In a way, finishing the trip with summiting Mount Adams was sorta like anti climactic. It felt a little bit just to check it off the list. Maybe I was just a bit worn out from all these climbing the past couple weeks. Secretly I was thinking about rock climbing.  Br apparently shared the same feeling ( I found out later on.)

My right heel was rubbing against my beloved Evo boot. I love this thing eventhou it is very temperamental. In a good day, it is the best footwear one can have but in a bad day, blister it is..  And I could feel that it would be one of those bad days. It was only a mile into the climb.
I was grunting and not enjoying the blazing hot weather that has been following us the whole trip. Eventhou we started the approach at 2pm, much later than previous climb, it was still way too hot for me.
John didn't feel great this time so he decided to sit out in this last climb. He dropped us off at the trailhead.
We shared the trail with couple groups of teenagers. Some were loud, some were polite. I prefer solitude.

Apparently this mountain is VERY popular for kids and teenager's alpine trip.

We quickly ascended, 3000 ft elevation gain to the camp site called lunch counter. It has nice rock rings. We choosed the one further up the rock band with the view of Mt.Hood.

I set my alarm for 12.30am. We didn't get out until 2am. It was warm and pretty bright. A nice alpine start.
We quickly started climbing up . It was not steep but it wasn't flat also, it was a constant uphill. The kind that will mess with your mind because it keeps going on and on and on..
I knew there will be false summit. I had prepared my self for that. I had also prepared my self that this would be frustrating. Yet, I was still wondering when this one would be over.
We passed all the group ahead of us and decided to slow down to make sure we won't get to the summit before sunrise.. Coz that would suck. Nevertheless we got to the summit before 6am.
It was windy.. The summit plateau was HUGE.
We had plan to glissade down and I was actually looking forward for that. But that early in the day, the snow was still too icy. :( 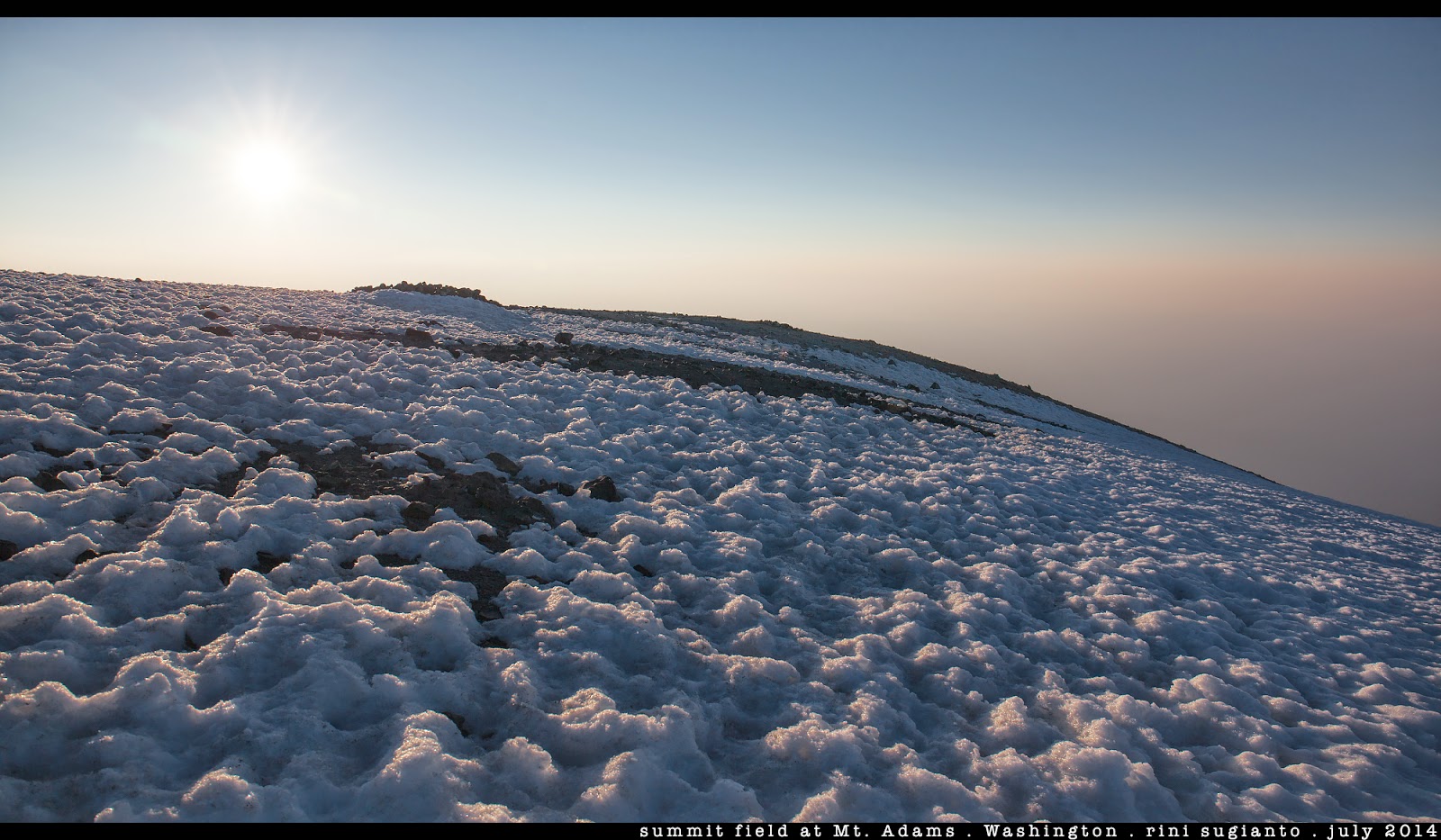 We started our decent, crossing path with probably 20-30 people who were still going up. And many more on the trail below the camp.
We packed our tent and cleared out camp then headed down.
Before noon, we arrived back at the trailhead and 10 minutes after John arrived to pick us up. 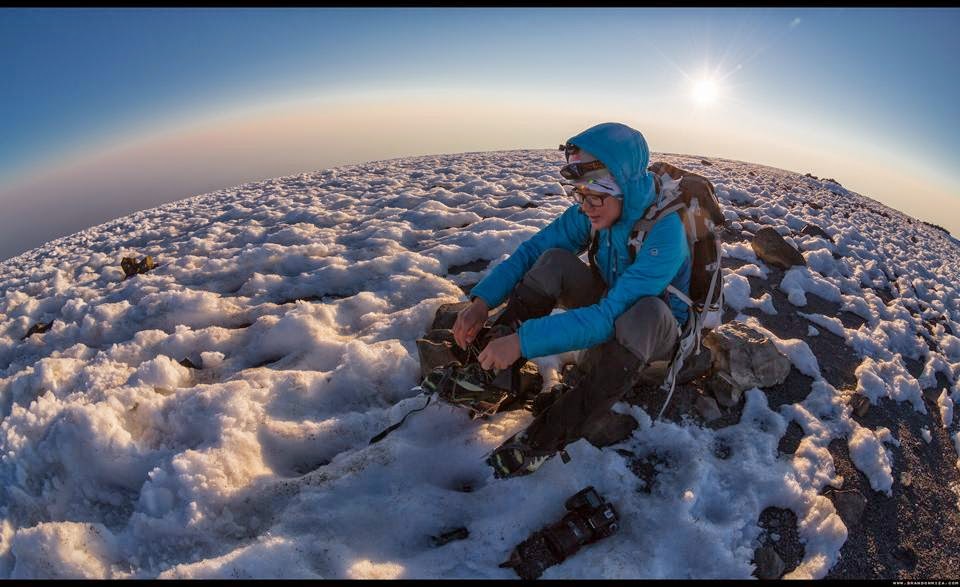 I like hood river and a bit sad to leave the place. The thought about normal daily life started creeping in. I brushed it off and took a nap , cuddling with Kali who was laying peacefully, happy to be with us again.