I kept waking up since 2 am. Probably the excitement and a little bit of nerves . I've never hiked a mountain here in Indonesia so I wasn't sure what to expect. 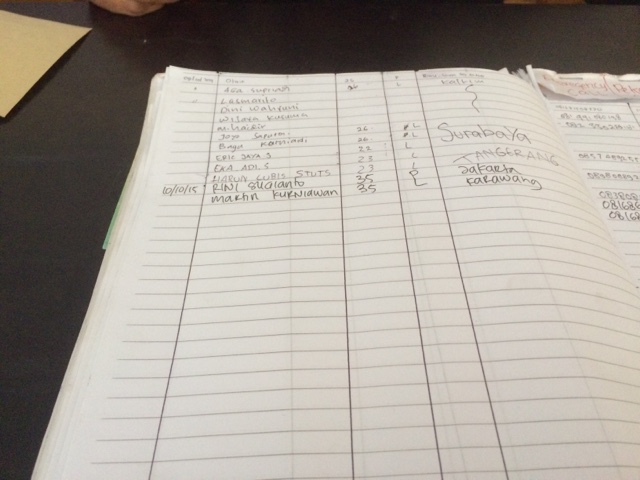 5:30 am , i dragged my self out of bed and got ready.  By 6:30 am, we were all gathered at office again and had a quick indonesian breakfast that usually consist of friend rice or fried noodle. I was happily stuff my self with a plate of fried noodle. 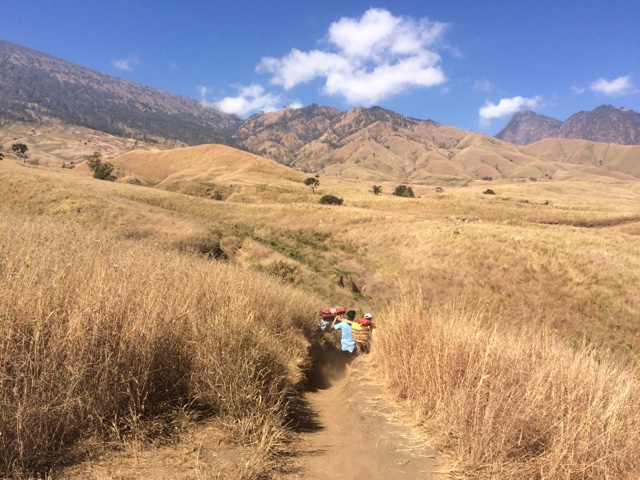 Everyone was getting ready there, all the stuff were up at the white pick up truck with an open backside. I squeezed in the front seat while the guide and the porter jumped in to the back of the car and off we went. First stop was the registration office. It cost us about 40.000 rupiah. Or about $4. A local price compare to 150.000 rupiah or $15 . Apparently until 2012, local was charged 25.000 rupiah and the porter got extra money based on how many kg of trash they brought down . Seeing how many trash around the mountain, i think they should do that again. 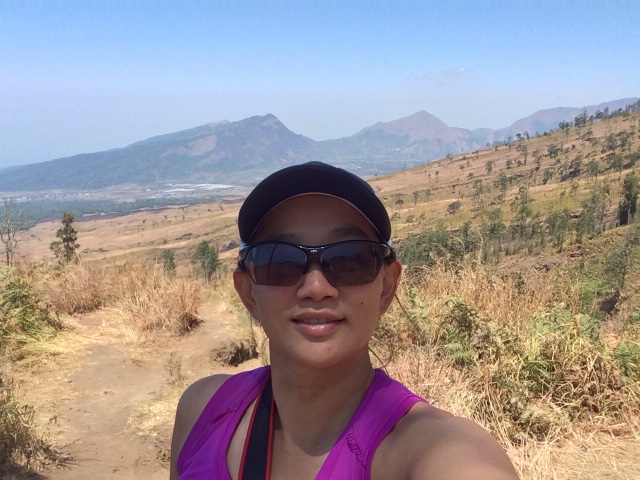 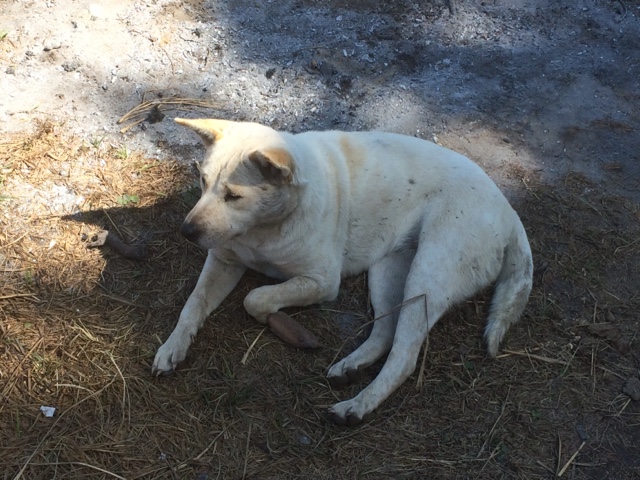 We crossed a huge wide savannah, it was very interesting . Rinjani was in front of us the whole time. The trail was busy. Lots of other hiker from different groups. It was fun to hear where they are from and their story. I talked a lot to with zen and awan, while sanusi was off in front of us to save us a good spot at each reat point. People called him " a running horse" he was quiet but really fast.
I sticked with the group for awhile until lunch time that was a luxury for me. We were served a rice plate with fried chicken, fried tempeh, tomatoes, cucumber , and variety of fruits. I have a feeling i'm not gonna lose any weight here. 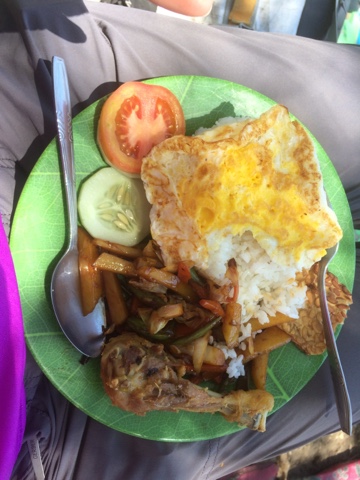 From post 2 which was the lunch spot. We made our way to post 3 where we rested a bit longer under a short rock cliff. I can't help but thinking that the rock is good for rock climbing. HA! The camp was about 2000 ft up from post 3 . There are multiple hills ahead.  One was called called hill of regret ( disappointment hill fit better i think because when you get here, you still see a huge hill ahead of you to get to the camp) 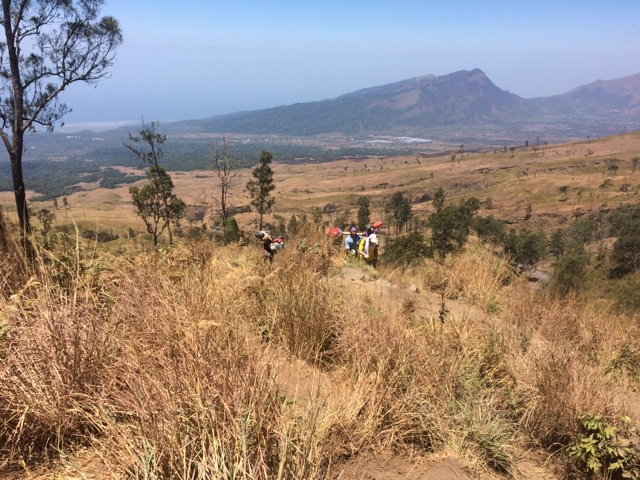 I started pull ahead of the group and went with my own pace while jen stayed with martin who had cramp on his legs. Awan quickly caught up with me and accompanied me all the way to the camp. He is still 24 years old. A very funny and bubbly guy. It was a blast having him on the team.
I chatted with other porter along the way. 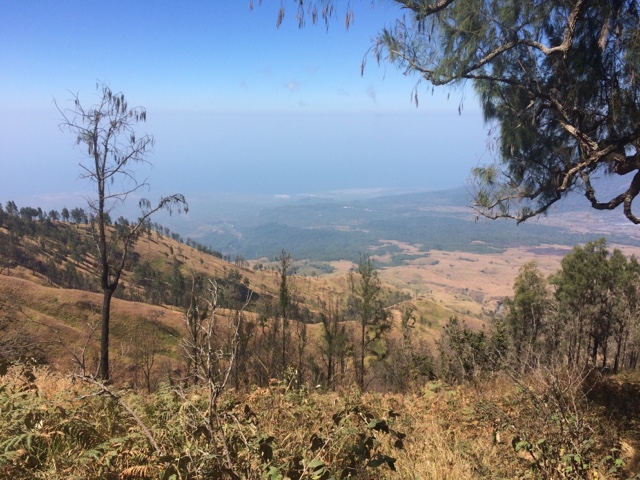 One of them wanted to have his own guiding company, the other one want a holiday ( i think he wants me to give him money thou.  I wasn't sure ) . 4 of us talked about working, life and random stuff. It was fun. 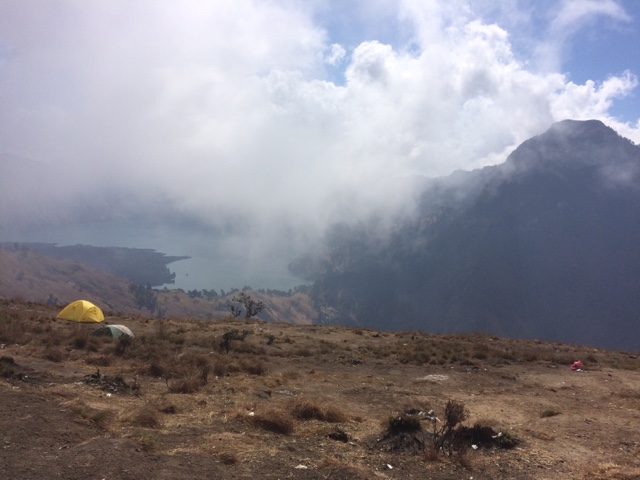 I made it to the camp just before 3pm. 7 miles and over 4000 ft. It was quite a long day. Sanusi had already saved a spot for us with segara anak lake as a view. It was gorgeous. 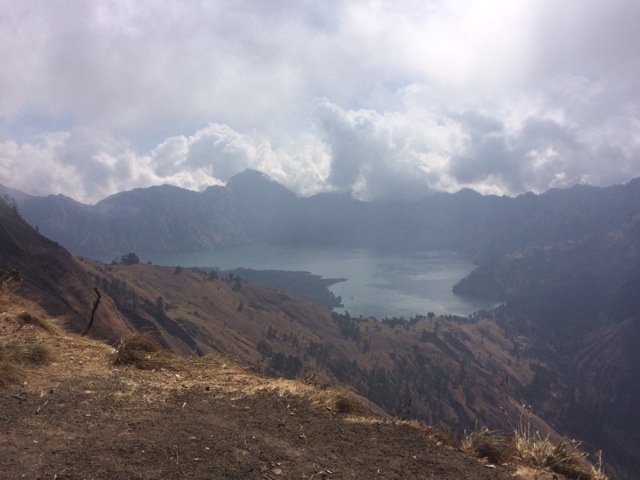 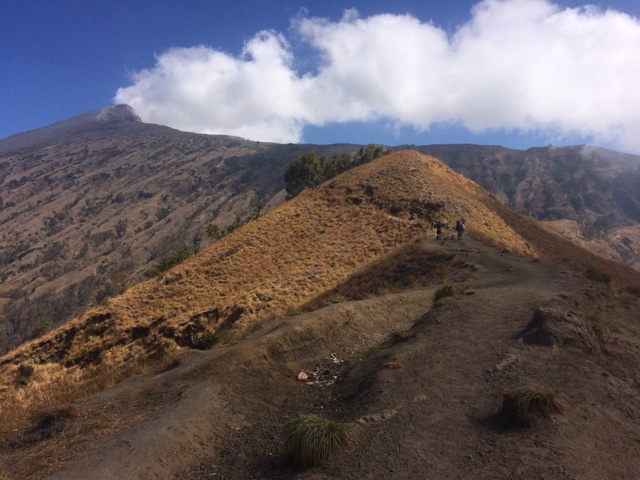