Starting a trip with a 1,5 week old cold was never been in my plan.  But it did. And I secretly hoping that i would magically healed. But i didn't. 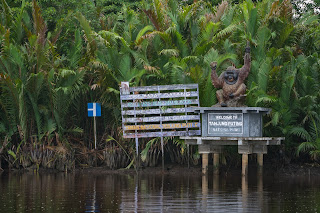 I had been planning to take my in laws to my home country for a while and i was nervous for a lot of reason. They are probably the coolest in laws you can hope for and super easy to be with. But I was not sure how their reaction to a developing country would be and i was trying my hardest to show the best and truest of indonesia to the best of my knowledge. 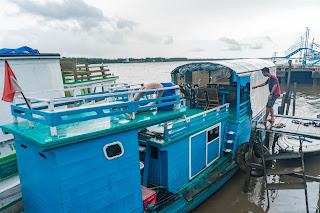 The first trip i planned was Orang utan trip in Tanjung puting National Park, Borneo. Excited was an understatement . I've always wanted to see Orang utan which means Forest man in indonesian.
We flew to Pangkalan bun, a little town about 20 minutes Kumai village where we would take the boat or klotok, the only way to access this remote area.  Upon arrival, i started feeling worse and developing stomach pain. And things continued getting worse thru the night during the night  with some throwing up in the mixed. Worried and probably against my better judgement, i decided to still go .
Out guide operator , Jenie subaru, picked us up in the morning and took us to the boat that looked nice and comfortable with beds already made . There were even a lounge chair at the front of the boat.
I rested as much as possible , fully knowingly that it was a losing battle. 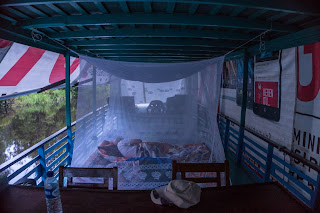 Kumai river was huge! And busy, but we weren't there for long. We turned and entered the sekoyer river which marked by a huge sign and an orang utan sculpture. Our guide , Dan jokingly said that that was the first Orang utan we see in this trip.
Our skilled boat driver navigated our boat thru a much narrower river now. Wedged between dense rain forest , You can't see very far, but you can hear tons of different sounds of birds and insects. Relaxing and creepy in the same time. The murky water of the river didn't give much information of what's underneath but the sign does. Crocodiles...
I managed to rest a little bit on the boat and 2 hours after we left Kumai,  we arrived at the first feeding station. 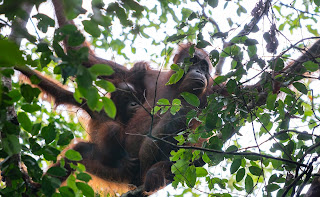 Without the nice breeze from a moving boat, it felt very hot and humid. But we got our self ready and slowly made the track. The path was muddy and some of them was flooded from recent rain. Joy and Brad made their way bravely around fire ants, and  tiny unstable planks on top of sucking mud while avoiding mosquitoes attack. 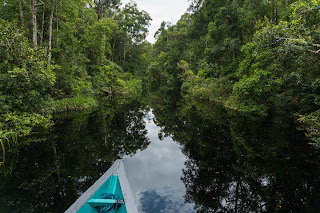 After arriving at the feeding station area , we tried to be as comfortable as possible, using leaves as our homemade fan to fend our self from mosquitoes. This humidity made my stomach feeling worse. After 30 minutes, one of the female orang utan and her baby showed up and hang out waiting for the food. Once the ranger arrived, another female with baby showed up with a bigger male. They seems to be able to smell the food for miles away .
We sticked around for a bit to watch them , I was so excited but can barely focus to take pictures of them ( which turned out to be out of focus :(  ) 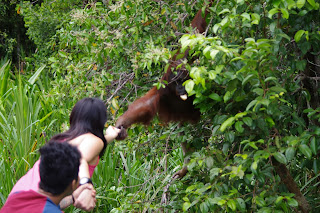 We slowly made our way back to the boat and i was trying my hardest not to throw up in the middle of the jungle. Not that it really matters i guess. Once i made it to the boat, went straight to the bathroom to unload the remain contain of my stomach then i collapsed on the bed and closed my eyes. At this point, Joy grabbed a thermometer ( raised your hand if you have one handy in your purse, i bet none of us does ) . I saw 100.6 degree flashing in front of my eyes. She gave me some antibiotic that i willingly took and crashed. Thru out the night she took my temp again couple times and was pleased that it was going down slowly . 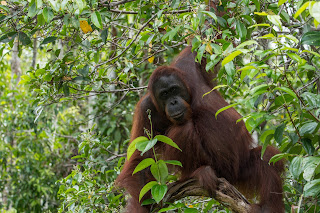 Morning came, and feeling much better compare to the previous day, i was woken up by some proboscis monkey jumping around the trees . We camped at Pondok tanggui which was the second feeding station. Unfortunately , some of the path was flooded from rain and we decided to skip this one.   It was rainy season after all . On our way to Camp Leaky which was the last station, we came across a male orang utan , alone, hanging on the short tree by the river. He watched us getting closer and kept eating. Until we got close enough and then he grabbed our boat rope and pulled it closer to him .

He knew we have food. We enjoyed this close interaction until it's time to leave and he didn't want to let go of the rope. At this point , it became a game of tug of war. Finally another boat showed up and distracted him enough until we could pull the rope back to the boat. It was a very amazing time to be able to see them that close. At camp leakey we saw the biggest orang utan on this trip .
The rangers and guide called him the king. He probably weight about 120 kg and double the size of the female ones.
Satisfied and happy , we made our way back to the boat for our ride back to Kumai that night. 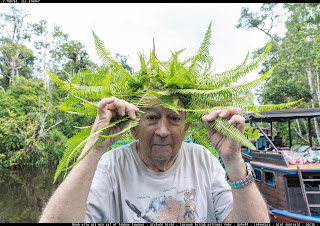 Cruising the river at night was also something else entirely . It was calm but eerie with the stars, the continues lighting , the sound of the jungle at night and trees that full with fireflies .

It's something that i will remember for a long time, even with high fever and all . 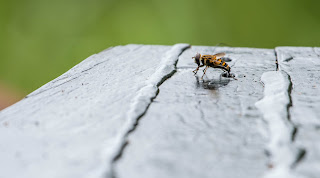 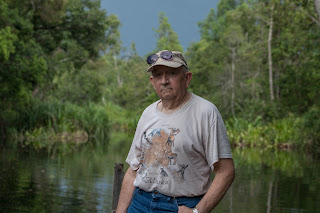 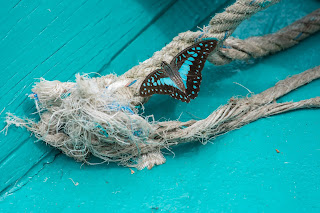 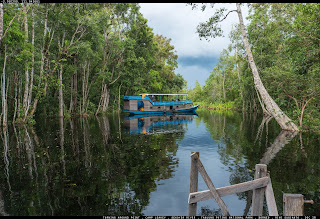 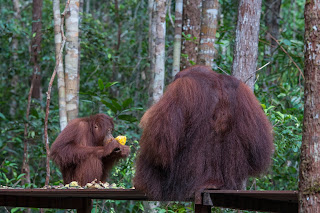 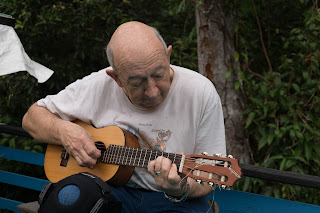 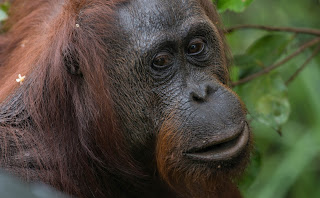 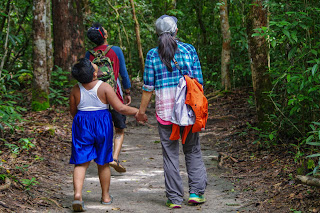 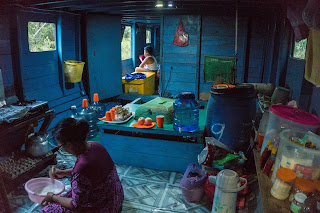 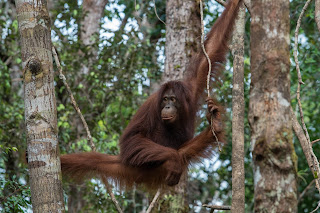 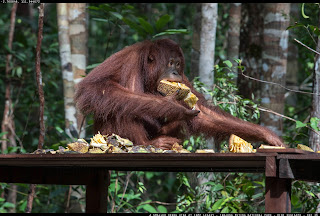 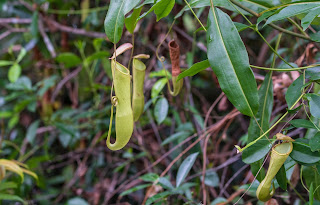 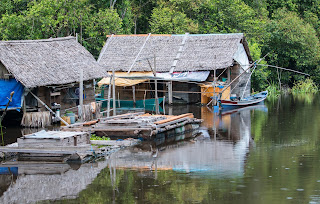 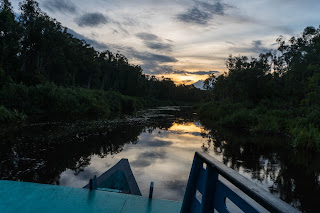